Who are you going be tomorrow? 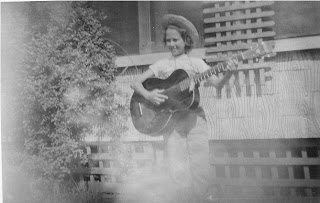 One of my previous lives

Barbara Brown Taylor’s book Leaving Church has been praised by many people of all kinds and thrown across the room by many women pastors and others who consider it to be whiny and self-centered. It makes one remember to be careful what you pray for.

However, on page 221, she talks about Reynolds Price and quotes from an interview in the Oxford Review, “When you undergo huge traumas in middle life, everybody is in league with us to deny that the old life is ended. Everybody is trying to patch us up and get us back to who we were, when in fact what we need to be told is, You’re dead. Who are you going to be tomorrow?”

You’re dead. Who are you going to be tomorrow?

Often my partner will tell stories she has heard about things that I did in other lives. No, I’ve only been born once; my body has not ceased its living. But, I have been dead and had to decide who I was going to be tomorrow. So, I’ve had many lives because I’ve made such bad decisions that I have died time after time and had to recreate myself as a new being – using the old parts that were still working and finding new ways for them to be in the world. Gradually I’d develop some new parts to fit the new being, and then I’d make some dumb ass move and, bang, I’d be dead again. I’d need to move along, get out of Dodge, find a new job, invent a new career, and figure out who I was going to be tomorrow.

Some parts of the original me are still around – laughter in the face of disaster, tears of frustration, determination, the need to control, the belief that God is with me, the love of good food, the need for solitude, and the love of the edge. It’s that love of the edge that’s gotten me into trouble; my mother called it “Courting danger”. I love the thrills of doing the unexpected, the risky. I count as exhilarating the times when a bit of physical danger was attached to my actions.

Once as I led Sunday School, I called on a member of the group to share about the topic. He passed. After church, he invited me to an empty office and tore my abilities and devotion to shreds while I sat there with my mouth open. Then, he told me to never force him to share again. Sometime during the tirade, I began to get angry, and by the time he was finished, I felt the steam coming out my ears. I thanked him politely, went down the hall to the rector’s office, which I shared at the time, walked in and let out a stream of cussing that quickly cleared the room and got the door closed.

Fortunately, my ministry there did not end then, and the gentleman did share in Sunday School, but you’d better believe I never called on him again. Also fortunately, the people who were in the office teased me and laughed about my “colorful” language and my ability to express exactly what I was thinking at the time.

When I did leave the ministry in that church it was because someone else vented their anger in a room with a closed door where I felt captive. The sudden jump from coworker in God’s garden to a vituperative screaming man threw me back into the fears of listening to my drunken father as a child. And, I never recovered from what felt like abuse even though it was the same sort of screaming anger (in what he thought was a safe place) that I had expressed when I cleared the rector’s office several years before. I made a valid try at not dying. But, I was dead, and the question was, once again, “Who am I going to be tomorrow?”

I haven’t answered that question yet. My mother’s death, my own ill health, a move across the state – all small deaths that make good excuses for my not picking up the pieces and putting together the me of tomorrow. I’m not sure which pieces are salvageable. The only time I court danger now is when I do too much and have to rest a long time. I do know that God is with me, but for a long time I was not sure of that. Good food and a love of solitude are still functioning pieces of me. Although the love of good food is no longer a truly usable piece since I’m told my weight contributes to my ill health. I still laugh but more often I cry or rage. The lack of control really bothers me, and I find myself stuck against a wall that has no door or window – never mind what’s around me or behind me. I can’t seem to get the pieces to work together as they once did; I’m not sure how to make something different; and I can’t figure out where to get replacement parts. So I continue to the 70s thing – I’m searching for me. If you see any pieces of me floating around, please send them home.
Posted by sharecropper at 7:47 PM

I do so love your writing Share Cropper. This is a powerful word to take into the observance of the Easter triduum: you're dead. Who are you going to be tomorrow? Isn't that a basic precept of our faith... the old life is gone, a new life is begun? So hard, though. I remember knowing I was dead but not having any confidence that I would be someone again... a friend had to remind me.

I hear the pain in your final paragraph, the sense of fragmentation. I pray for your peace, your wholeness, for solace in your relationship.

Wow, what a great entry. I'm sorry I'm just now getting caught up on blogging this week.

Sometimes friends or co-workers will remark that I'm fearless or strong and I wonder who they're talking about, because the inner me can so easily be turned into a frightened child, so fearful of my mother's anger.

Yet I'm so capable of my own tirades.