Others' stories I tell 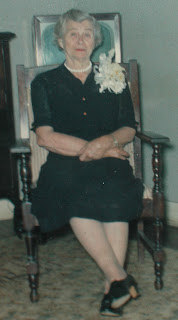 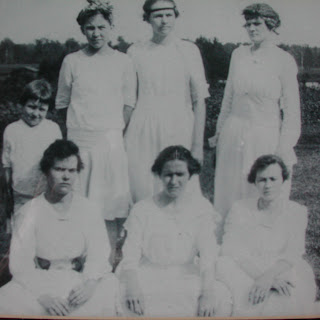 February 2005: I want to ask questions, but I know they have no answers now…at least not right now. Why do I think so much? Am I charged with keeping memories/souls alive by my remembering? Why me? When I listen, why do I hear the wind of some other year, some other place, some other whispering? The images flood my half and half soul, the one that only exists in that time between awake and asleep. The voices replay their conversations again and again, and I wonder, “What did I miss the first ten thousand times I heard this?” What’s the secret and why can’t I figure this out?

I rub my face and scratch my scalp with blunt nailed fingers, pushing away others questions. My Mom asking, “Where did my brother sleep?” Susan asking, “How will I talk to a judge?” Bill’s “I made a commitment.” Laurie’s “You do what you have to do.” My cousin Joyce saying, “I didn’t know if you even liked me.” Sandy’s “Are you sure it’s okay if I come.”

They eventually answer these questions themselves, but I am left to ponder my part in the conversation. Perhaps I am like the Wailing Wall in Jerusalem; it receives the petitions, questions, thanks and whatever the people have to say or not say. But its part is only to be there. If it were not there, they would go somewhere else if somewhere else were handy. We need people who can hear our words, places where it’s safe to ask questions.

And, I need a place where I can safely say (even though not to the questioner), “Thank God she’s dead.” “Your daughter would be better off in a group home for a while.” “Your stress is killing the good parts of you.” “It doesn’t matter whether I like you or not; I love you.”

And, then I keep remembering, dialogs with an 18-year-old student a long way from home – did I make a difference? Did I say the right things? How can I watch those I love die? Why did my great-grandparents send my grandmother away to live with someone else? Where did my father go when he passed out from drinking? Did my mother really think that he would change? Why do you hang on after the time has come for going? Whose voice am I hearing now? Doesn’t all the pain seem to run together and make a chorus of lamentation? Why does this noise come at some times and not others?

How did I get into this desert anyway?

March 2007: Still the questions come, still the people won’t stay dead, still the conversations play again and again, and new ones. At night I close my eyes and I can feel my grandmother’s flannel nightgown against my legs and her relief that the day is over. Still I wonder why she was sent away, and was she hungry? After a family meal at her home, we’d find her behind the kitchen door stuffing food into her mouth.

Susan’s still talking to judges but questioning her own ability to keep life together. Bill’s commitments grow year by year, and he’s not getting any younger. Joyce has disappeared into the ex-pat community on the coast of Mexico, as far from her memories as she can get.

And, other voices from the past have joined these – rather images, the voices aren’t so clear. My gentle loving brother, a picture of him with a knife in one hand and a gun in the other? Why? Was it what was expected of him then, when we lived on the farm in Mississippi? My four-year-old rotund cousin whose mother used him as a pawn for her own safety and welfare – now a rotund man who is stoic and lets feeling in so slowly.

A discussion with a friend tonight about my Mother’s fears and how she thought she had led an unsatisfactory life and worried about dying. Others’ pains and torments become my pain and torment. “Boundaries in the Mind” The joy and sense of fulfillment is harder to reach, hidden more deeply, but all recorded somewhere in my being.

So, I tell the stories – factual, maybe; true, always. My own questions and searching stifled now by the voices, the pictures, the stories of those in my past.
Posted by sharecropper at 8:33 PM

I am haunted by the idea-- no, the true knowledge-- that I am the last person on earth who knows certain stories my mother told me (she died a year ago). The stories about life in the Depression, the uncle who was a bootlegger, the estrangement between her parents because she was conceived as a result of marital rape; then, the reconciliation that resulted in her younger sister-- who preceded her in death by 10 years, Alzheimer's.

No one else knows these stories-- my dad has long since forgotten (doesn't care), my brother never heard them. I read once that for Jews, to live in memory is eternity. That is one reason why the deaths of so many in the holocaust was so devastating: when whole family lines are wiped out, there is no one to hold the memory, and so the hope of eternity vanishes.

Your writing has stirred me. Thank you. And thank you for your good and gracious words and prayers on my blog.

Share Cropper, you are haunted by the ghost of conversations past, my friend. I had to get help for this sort of thing because it was overwhelming me.

My therapist taught me a technique of meditation and focused breathing. Then she taught me the "turn off that tape" method, which involved a deliberate cutting off that direction of thinking about certain replays of the past. It worked for me.

It's not that I turn off all the memories and questions, but just when I feel myself become overwhelmed by them.

My theory about myself is that I feel too much empathy, too much for normal functioning at times. That's why I need a technique. I know others like me. You seem to be one. Perhaps, your empathy does not incapacitate you. That's good if it doesn't.

On the other hand, I know folks who seem to have little or no empathy at all.

I don't really know if all of this makes sense.

C, if we write these stories, then they aren't lost. For me, writing them takes them out of my "busy mind mode". And, the people live.

And, we must keep using their expressions or they die - and some of them are so creative. And, some so true for us even now.

I think of a friend who played Blanche in "Streetcar Named Desire", our local production, and I can still hear her say, "I have always depended on the kindness of strangers." She lives with me as I find myself repeating those words more and more often. And, fortunately, the strangers keep coming through with the help I need. And, others live in my stories and my posts and my life.

Don't let your mother's stories die; write them down, even if it's brief and just sketches. Someone may need to hear them. Post them and we will share the joy and the pain with you and with her.