My questions and thoughts about Lent

Lent. Lent. 40 Days not counting Sundays. The usual question from friends is "What are you giving up for Lent? The typical answers are chocolate, sweets, cigarettes, cussing, coffee (not too often). I once gave up Coca-Cola for Lent. Once.

Now we are three days into Lent and I have no Lenten discipline. We discussed this at dinner last night. One acquaintance is giving up some bad habits. That's a good start, but I'd just pick them up again after Easter the same way I did the Coca-Cola.

Traditionally Lent represents the 40 days that Jesus spent in the wilderness (desert). More than two months of his 3 year ministry was spent in the desert, perhaps the same desert where Moses and the Israelites wandered. I wonder if he went in circles like they did. Anyway. In the early church, those who were to be baptized at Easter had their own fasting and discipline to follow during Lent.

The apostles had their own Lent, each one different. Peter didn't know he could preach until after Easter. Mark was mostly a scribe until he wrote down the words and works of Jesus, the Christ. Matthew, the bookkeeper, was mostly good at keeping accounts before he gave us accounts of events and miracles. And, what happens to John, the Beloved? Exiled on Patmos, someone named John writes the most beautiful theology ever. Their Lenten disciplines varied...and some lasted a lifetime after Jerusalem.

Now, we think of Lent as a time of purging, fasting, giving up things. Others say that we should take on good habits or good works or special prayer disciplines during Lent.

I'm not good at giving things up. I'm not terribly good at taking on a discipline, like reading the Daily Office or even getting on the treadmill. And, if I'm going to give up a bad habit, maybe Lent is the motivation to do it, but can I keep it up?

So, here I sit. Pondering what I should do for Lent. This desert is hot and cold. The desert is dry with only a few oases. The desert is lonely at times and comfortingly quiet at others. I'm used to the desert, but.......

I guess I'm a strange one, but the resurrection doesn't mean a lot to me, and I don't believe in sacrificial atonement. I believe that the Incarnation was sufficient. Perhaps we needed the passion and the resurrection to keep the faith alive all these needs, but I just don't think it was necessary for salvation. Heretic that I am.

So, back to Lent. Purple - the royal color. We consider it as a time of mourning instead of a time of seeking in the desert. Yes, Jesus rejected things, power, godness, but isn't the desert for seeking? 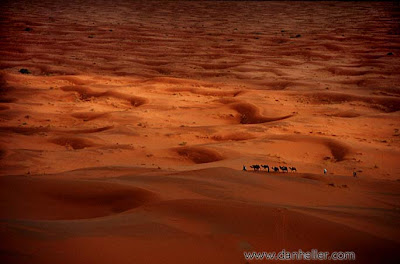 I'm still in the desert - and likely to remain there. I know Jesus is with me, and I fear no evil (except maybe the presidential elections and global warming and violence everywhere). I think I'll keep on seeking. God called me long ago. I've answered that call in different ways at different times. Now I'm just puttering along from one oasis to another, seeking the companionship of those on the journey, assuring them of God's presence, accepting their company as right and good. I like journeying.

Tell me what you're doing for Lent. Thanks.

May the peace of God, which may not be exactly what you expect, be with you always.
Posted by sharecropper at 9:20 PM