Ummmm, my roommate had transferred from Sophia Newcomb, a women's college in New Orleans. She was shy and depressed. I would sneak out of the dorm after study hour was over, block the fire door open and go to the "Old Goose" to buy snacks for me and others on the floor. A raincoat over my gown was "dressed" for that occasion. And, we discovered that we could sign out for the library at night, go in the front door of the library and climb out the back windows, reverse the process when we had wandered as much as we wished.

My best friend, Yogi, and I wandered a lot. The Dean of Students, Margaret Goen, drove an ancient black sedan, and she would often give us rides when it was raining and we were both trying to shelter under Yogi's wonderful wool cape. The image of friend means a tall, blonde girl in cowboy boots and a long blue wool cape (that she sometimes let me borrow). Jumping ahead: she eloped in our sophomore year, and we didn't see much of each other; then they moved away. Last year, she returned to my life, and I'm grateful.

Sue divorced and convinced Mom to move to Memphis and study computer programming. Back then, that meant hard-wiring boards. Sue and Mom both completed the course, but neither found jobs as the computer industry had moved faster than the training. Sue worked as a waitress at Toddle House. I was in summer school at Ole Miss, studying how quickly I could drain a bottle of rum or case of beer or whatever alcoholic.

One weekend a girl from my dorm asked me to drive her to Memphis to pick up a friend's girlfriend. We went in the friend's car, and we were late. It was a stick shift; so I was the only one around who could drive one. Seems like it was a 1954 Ford that he had "hopped up." And, we flew, at least until the head gasket blew, and we limped into a garage in a tiny town just off Hwy. 55 about 15 miles from Memphis. The garage was filled with good ole boys, and we convinced some of them to tow us back to Oxford. I sat in the back seat with one of the boys and she sat in the front seat with one or two others. We spent the entire time fending off probing hands, and praying for our safety. But, we were delivered safe and sound to our dorm and told the boys that we would be willing to see them next weekend. Bad news bears. The following weekend, they actually showed up at the dorm - all cleaned up and ready to date the college girls. I don't remember what she did, but I hid in my room and bribed the girl at the desk to say that I was ill...and I was - scared silly.

That summer was one of the worst bouts of my drinking. I was failing history (world civ), and the night before the final exam, I took a bottle of rum and a big glass bottle of Coke and went to hide in the cubby where we partied in the woods. I had our car because I was moving home the next day. I do not remember returning to campus, but I do remember walking into the classroom to take the exam thinking "Well, this is it - all over now." The professor was either very sympathetic or the answers just flowed from my drunken brain; I made a D in the course. I lost my honors at MSCW because of that D and the scholarship that went along with it. 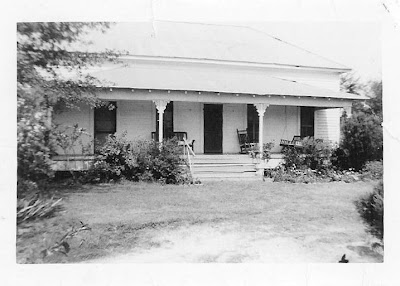 I could not drive home; so Mom, now back in our tiny town and keeping Marty, got someone to bring her to Ole Miss and got me. I did not get out of bed for several days after that.

Sometime the next week or so, the doctor told Mom that she had nephritis, an incurable kidney disease, and would be disabled. We had no income. I had a little bit of money left from my part of my brother's estate. I asked if she could withstand a move; the doctor said yes. So, we drove immediately to Columbus, where MSCW is located, and I rented a small apartment. I don't remember how we moved, but we did. And, I entered school that fall as a day student. 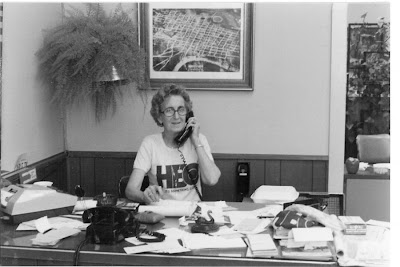 Mom subsequently recovered enough to get a job at the new Cable Company as the office person - a job she kept until she retired at age 68. The company grew as did her responsibility, and she had a staff of 10 when she left.

Sue moved in with us. I gave up my bedroom to Sue and Marty and Mom and I share a room. Mom decided we couldn't afford to live there and moved us into the projects. I began drinking heavily again and riding my bicycle everywhere. I made lots of friends with guys at the airbase, and we danced and drank our way through a year.
Posted by sharecropper at 5:18 PM

At college in the early 60's, they explained that all these rules (most of them for the girls; the boys got to run around pretty much as they pleased) was because the school was acting in 'locus parentis." I wonder when they gave up and turned all the kids loose.