Meme from Eileen from Donald

(Note: In each picture, I'm on the right)

Ten years ago I was 52, living on my own for the first time in a number of years, recently divorced, into the second year of starting Neighbors in Ministry (an ecumenical social service organization) which was finally getting enough donations to pay me enough for an apartment.

Twenty years ago I was 42 living in Fairhope, Alabama, near the Bay of Mobile, working for Ecumenical Ministries and in the process of discernment for the Episcopal priesthood (they ultimately turned me down). My best friend was an African American preacher named Rev. Dorch who volunteered with the organization. Together we visited all (I don't think he missed any of them) of the poor people in the lower part of Baldwin County and found them furniture and food and helped repair their homes and did all sorts of wonderful things for people. Plus, he invited me to preach at his home church one Sunday - my first time as Sister Moore - and I loved it. When I was readying to go to seminary (went without diocesan backing), I gave him my Mom's piano so he could learn to play. He couldn't read, but he could quote scripture and was getting a degree from a Bible college. People read him the material and he was eloquent. We had some lively discussions. I miss him. 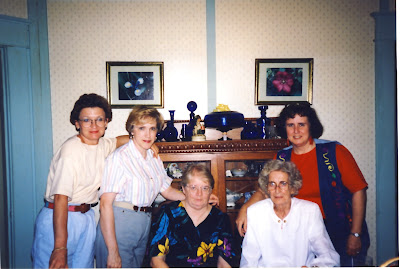 Thirty years ago I as 32, about to be divorced from a man who had become a drug addict and dealer, with my own company (one employee - me) Margi Moore: Print Design. My biggest clients were Weyerhauser and the C & G Railroad. I did newsletters for both companies. I also had a couple of advertising clients and did some graphic design work for companies in need of brochures in Columbus, Mississippi. And, I was struggling mightily to make ends meets. I was involved in community theatre as a techie.

Forty years ago I was 22, living in Memphis, Tennessee, and working for Pepper Sound Studios in their advertising department. I was fired that year because they found out I was gay. I was also a drunk, a liar, and cheating on my partner. But, we had a delightful little Pug named Two Cents - so named because when we brought her home I said, "I wouldn't give you Two Cents for that d--- dog." She looked like a litte rat, but I cuddled her against my breast all the way home. 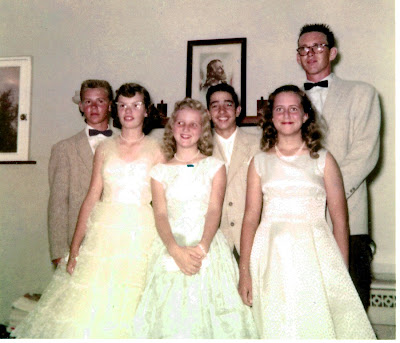 Fifty years ago I was 12, and living in Bermuda; my Dad was stationed there with the US Navy. It was one of the most wonderful times of my life. I had freedom of the island. I biked from one end of the 19 square mile island to the other, attended the local school, discovered God, had my first boyfriend, joined the Teen Club, attended my first formal dance with one of the best looking boys on base. 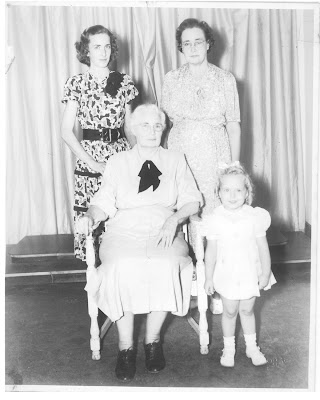 Sixty years ago I was 2, and, although I don't remember anything except my cat (and maybe only that from pictures), I know my Dad was an alcoholic, and we lived on the farm near Marks, Mississippi. We had cows that Mom got up before dawn to milk, and chickens and a garden where I loved to pull up the little carrots to see how they were growing.

So, that's some of who I am. Thanks Eileen for the retrospective.
Posted by sharecropper at 7:47 AM

WOW! What a difference a decade makes, eh? Glad to know all this about you.
Lindy

What a gift this retrospective is. Thank you.

Love it M.! Love the pictures too.

It's amazing how ten years can bring you to a place you never dreamed you'd be.